Cribbage as a Reinforcement Learning Problem 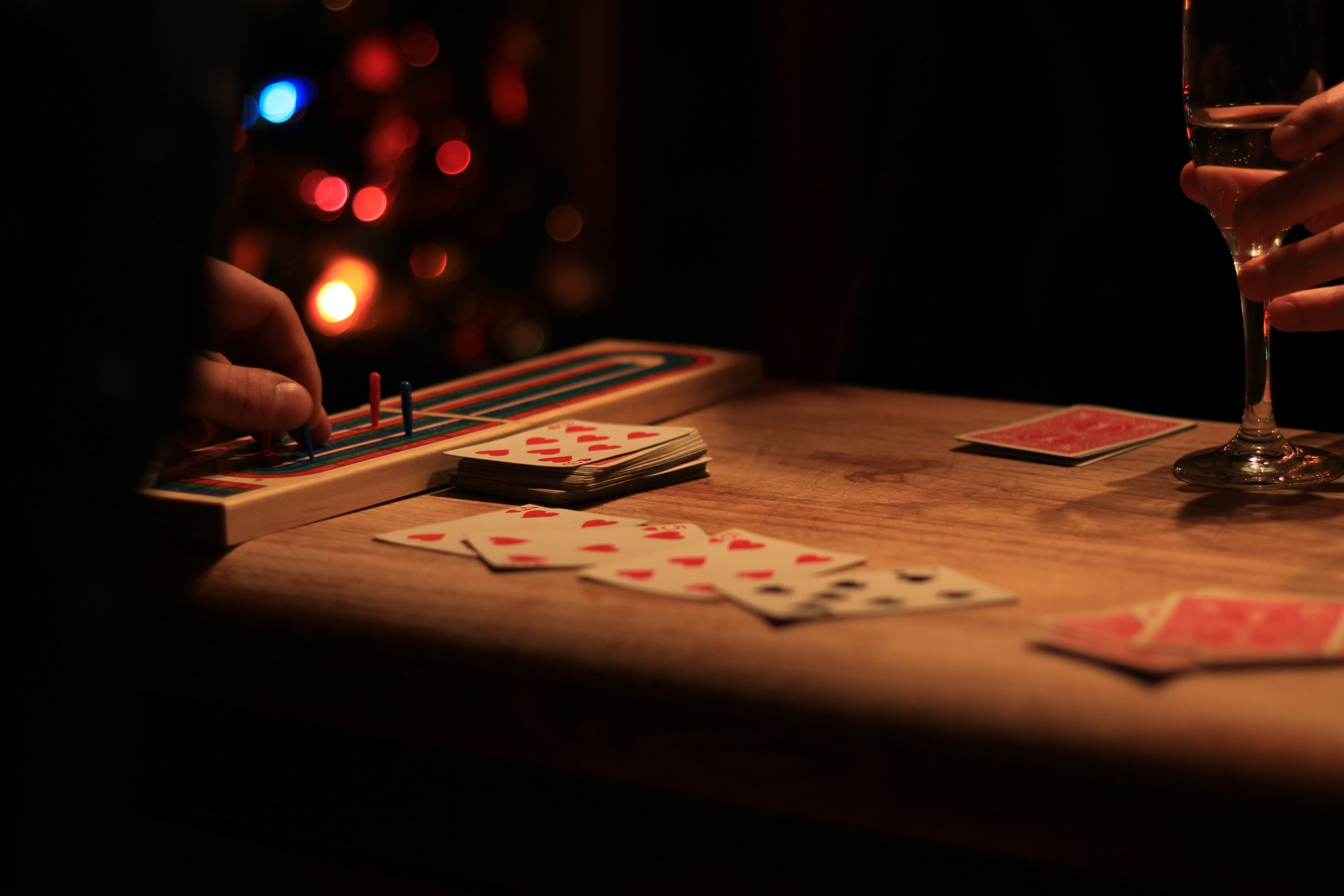 One of the hardest parts of solving a reinforcement learning problem is to decide what problem you want to solve. But we can take heart from Herbert Simon who said

Solving a problem simply means representing it so as to make the solution transparent.

The Game of Cribbage

The throwing phase starts with both players being dealt six cards from  a single deck. The players each choose four cards from this initial hand to keep and two cards to throw into the crib, which belongs to the dealer. The non-dealer then cuts the deck and the top card becomes the starter card for the hand. Once these opening formalities are concluded the game proceeds in two phases.

For the scoring phase, players score their points for pairs, runs, 15s, and flushes with their hand and the starter card that was flipped up at the beginning of the hand. The dealer gets to score the crib in the same way, but the non-dealer counts their hand first. This order is important since the game ends immediately once either player reaches 121 points.

An important feature of cribbage is that it, like most card games, is a game of imperfect information. Although players have full information about their own hands and about cards that have been previously played, they are largely in the dark about which cards are held by their opponents. This contrasts with games like chess or go, where all of the factors influencing the game are equally known to all players.

The Parts of a Reinforcement Learning Problem

Now that we have an idea about the game of cribbage, we can get down to the nitty-gritty of reinforcement learning. What do we have to do be happy that we’ve properly modelled the game?

Any reinforcement learning problem is based on this classic diagram: the agent-environment loop. You’ll recognize this basic diagram from artificial intelligence, control theory, neuroscience, psychology, economics, you name it! At its heart, the diagram tells us that there is an agent who perceives its environment and whose actions can alter the environment. This agent might even come across some rewards along the way.

In order to model cribbage as a reinforcement learning problem, then, we should be able to describe:

We start by modelling the throwing phase of cribbage in reinforcement learning terms. This phase of the game occurs at the beginning of each hand, after each player has received 6 cards.

Although describing the state of the game at this point requires knowing all 12 cards that have been dealt, we will only ever be able to observe (and make decisions based on) the 6 cards in our hand. An additional consideration is which player dealt the hand, since they will earn the points that are in the crib for this hand. Since there two players, there are two possible dealers.

Both players choose 2 of their 6 cards to throw into the crib, whose points will be counted by the dealer at the end of the hand. Implicitly, this action also chooses which 4 cards a player will keep in their hand.

Technically speaking, there are no rewards from the throwing phase because no points are scored. Although we could wait until the end of the game and propagate a win/loss reward signal across all decisions, this throws away the valuable information contained in these points scored, and which directly and wholly lead to victory. This is an important modelling consideration, since it avoids biasing our learning agents. In contrast, individual moves in chess can’t be evaluated solely based on the balance of material, since a number of other factors contribute to position value (and to an eventual win or loss).

For the upper bound, we can multiply each of our generating function coefficients by the number of ways to select 2, 3, or 4 cards for the player’s hand. This results in an estimate of \(\approx 400,000,000\) states, but doesn’t account for any double-counting that occurs because cards of the same rank are chosen.

While these bounds provide a broad range for the number of states, they do tell us that we can expect the magnitude of the state space’s size to be between \(10^6\) and \(10^8\). From this we can conclude that any learning agent will have to incorporate some method of state space reduction.

Points are added to players’ scores as soon as they are earned, so we can directly assign points scored to actions. The opponent’s points can be assigned as negative rewards against the player’s last action.

We have described cribbage as a reinforcement learning problem, with the states, actions, and rewards defined for each phase of the game. But what about the players themselves, the actual learning agents?